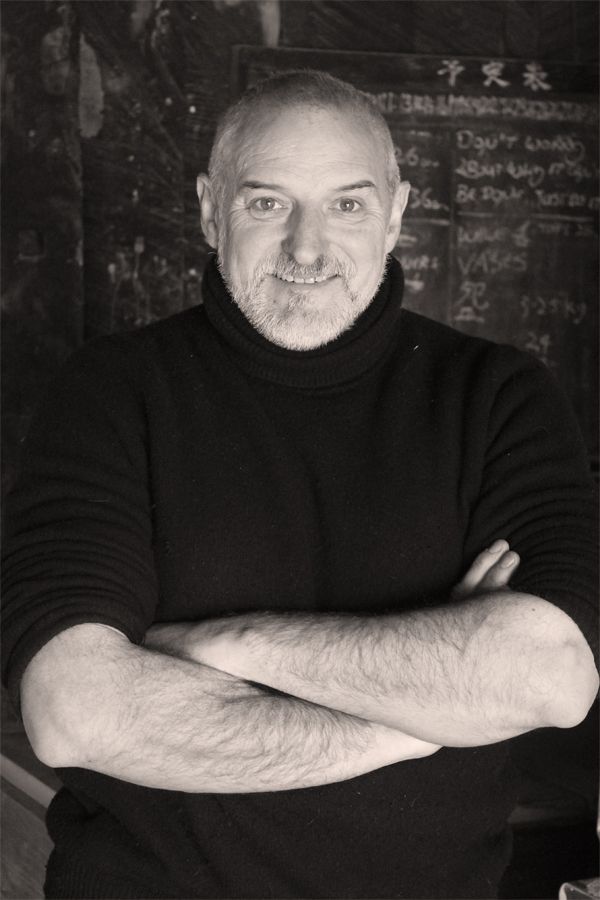 Euan Craig, born 1964 in Melbourne Australia, grew up in the historic pottery town of Bendigo in Central Victoria. Due to family illness, his own asthma and wide exposure to the disabled, from an early age Euan addressed questions of existence and social values. As a result, at the age of fourteen he chose Pottery as a career path, not because of what he wanted to do, but because of who he wanted to be. While working part time at local potteries to earn tuition fees, he pursued an education in pottery, finally graduating from Latrobe University with a BA in Ceramic Design in 1985. Three days after graduation he opened his first Studio Pottery in the Northern Victorian town of Swan Hill.

Influenced by the “Mingei” philosophy from his early career, in particular the healthy and natural beauty of functional art and the lifestyle of potters like Shoji Hamada, Euan sold his pottery in Swan Hill to take up a position as production manager in a pottery in Mashiko, Japan, in 1990. During that year he studied Japanese language intensively in his private time. In 1991 he was accepted as an apprentice “Deshi” by Tatsuzo Shimaoka, National Living Treasure. His time there studying the traditional process and the heart of Mingei has influenced his work philosophy ever since. After graduating from Shimaoka’s in 1992, he rented studios in Mashiko until establishing his own pottery there in 1994.

Dedicated to a wholesome and environmentally responsible lifestyle and work process, he developed a 1 cubic metre fast fire “eco” wood kiln practical for a single person production pottery. In 2000 he moved his home and studio to a traditional farmhouse in the neighbouring town of Ichikai, where he lived with his wife and four children until the earthquake and nuclear disaster of 2011. He has now established a new studio and earthquake resistant kiln in a 140 year old farm house in Minakami, Japan.

Euan has held numerous solo and group exhibitions, taught workshops and summer schools and presented at art conferences and forums in Japan, Australia, the United Kingdom and Denmark. He has also written and been featured in many articles for magazines, newspapers, radio and television in Japan, Australia, the United States and Europe. He is a member of the Japan Mingei Association and is recognized internationally as a master of Mashiko Mingei.

The Work of Euan Craig

Mimi y Roberto met Euan in 2000 when they visited the studio of Shimaoka in Mashiko, Japan.